The Violin: What kind of future does music and performance arts have now that Surveillance Capitalism is the enforced economic model of the 21st century? The scene of this short story is a town or city anywhere in the world in the year 2040.

A woman and a small child were walking past the administration centre. There were little glass cages at intervals, and each one of them had a person inside it working various machines and devices. At the end of each row stood a security guard with a black helmet and visor and an automatic weapon slung across his shoulder. 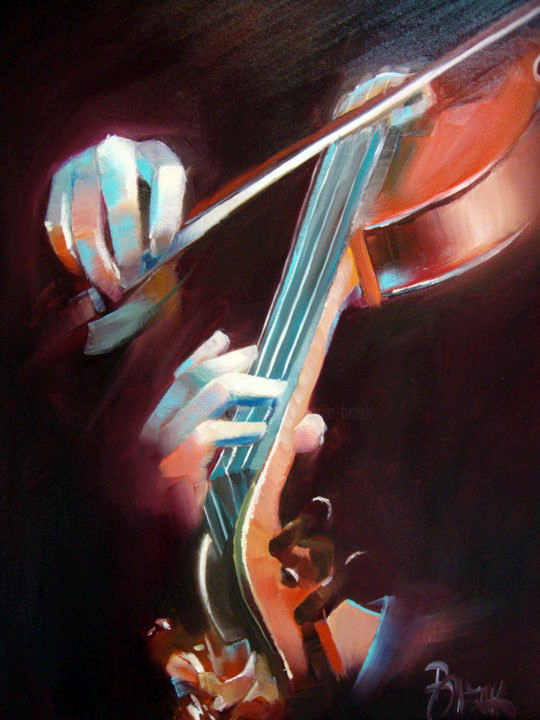 “What is that strange noise?” piped up the child.

“Oh don’t pay any attention”, said the woman, “it’s just an old man, he must be at least sixty years old. He is mad. Don’t worry; security will take him away soon. He’ll be restrained, retrained or recycled or something, I expect.”

“But what is that little curved box that is making the noise?” continued the child. “The man has a sort of stick thing that he moves up and down to make the noise.”

“It’s a … a vio…” She struggled to remember the word. “A violin”, she said finally, and then again with emphasis. “A violin.”

“But it’s making me cry”, said the child.

“Don’t worry”, said the woman, “You’ll soon forget it. Look, a long time ago, in history back in the dark dangerous ages, people played music on things made of wood, with strings. They were not safe things at all. And there was a thing called … a piano. Yes, a piano, it was a really big box on legs, with black and white teeth.”

“It sounds horrid”, said the child.

“Yes, it was”, said the woman. “Look”, she lowered her tone, “in those days people were never safe. They used to touch other people all the time, and get very close to them. They even shared their houses with other people. Great crowds of them would gather, sometimes to listen to what they called ‘music’, like the frightful noise that old man is making. Of course, they all carried terrible diseases, all of them, but they didn’t care and so the dead bodies were piled up in heaps in the streets all the time. Oh, it must have been awful. And then the music made them cry and laugh and make another kind of noise called ‘singing’. You can’t imagine what the noise was like. Oh, and even worse than that! Little children like you did not have official guardians and carers to look after them, they had a thing called a ‘mother’. They were so unhappy you couldn’t believe. I only learned that when I did my advanced level degree (oh it was tough, that degree). Now listen, I have said too much. You will soon forget it and will be happy and serene again. You have ten more examinations to complete next week and a whole series of genetic modifications and upgrades, let’s not forget. You are too emotional, something will be done about that; it is not safe. Be thankful for the Great Year 2020, the beginning of our Golden Age. Real music is the little jingle you hear on your body receiver that tells you when to wake up and when to go to sleep, when to work and when to play. It tells you everything you need to know; when you are allowed to speak to other people and when you are not allowed. It’s all so easy for you now, you just click on the Obedience button and it tells you what to do.” 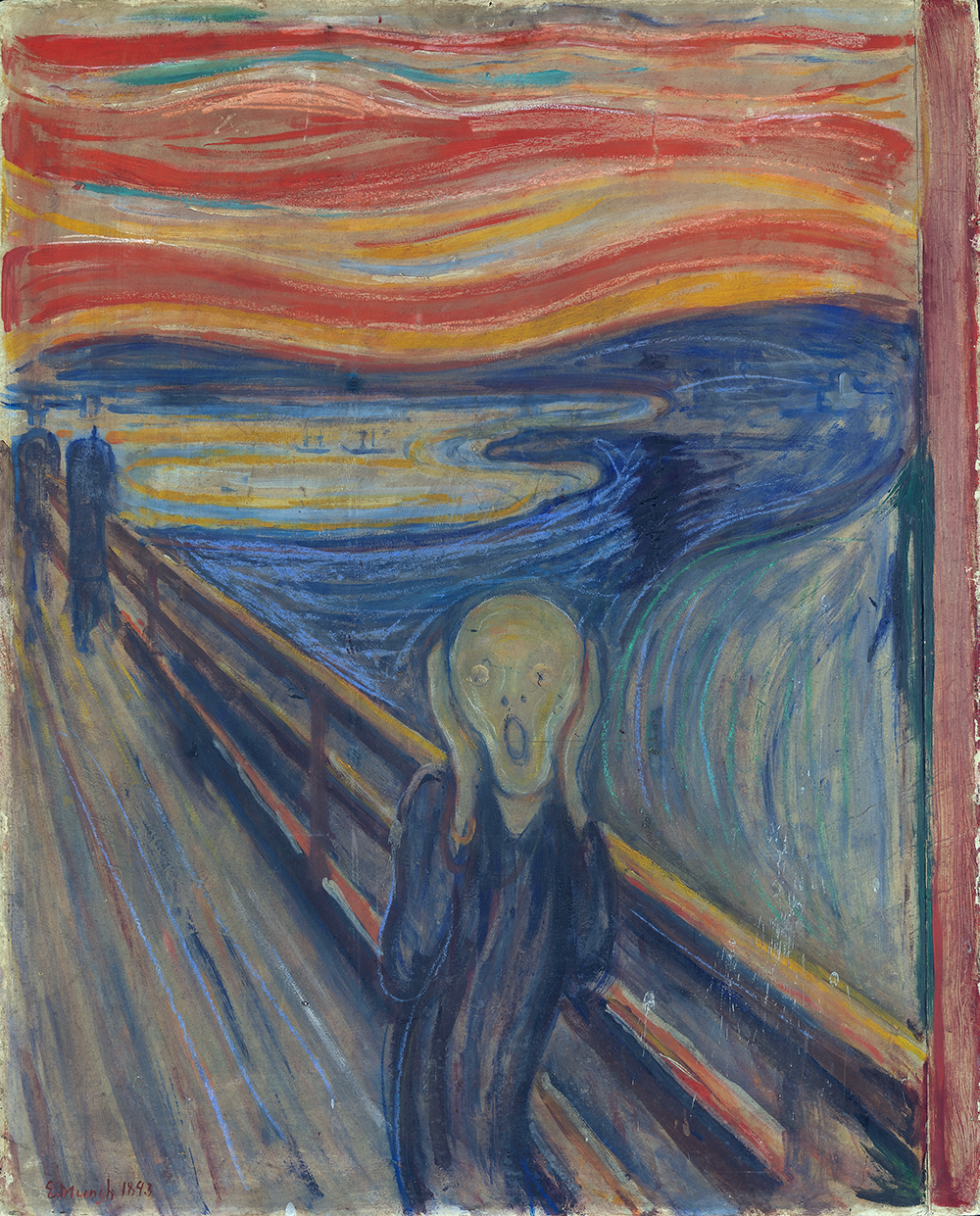 “Did I have a mother, guardian?” asked the child.

“Please don’t be so disgusting”, said the woman, “I will have bad reports made on me. Don’t ever say such things. Of course you never had a mother, darling. Don’t even think about it. I wish I hadn’t said anything now.”

The woman stopped and straightened her uniform and looked at the small panel on her wrist. “It’s time for your next guardian to take over the shift, our fifteen minutes is up. Here she comes now. Don’t forget, work hard, be obedient, stay safe and pay attention to the latest security updates. And look, see now, that noise has stopped. They’ve taken him into custody for his own safety.”

© The Violin—AD 2040 is a short story by Oliver St. John. It will form part of a collection entitled The Future Now.

The first illustration is ‘Violin Player’ by Sonja Brzk. The second illustration is ‘The Scream’, by Edvard Munch. Painted in 1893, it is considered to be the primary influence on German Expressionism in art.