Venus, the Egyptian Hathoor, is the ruler of Taurus, while the Moon, the Lunar Flame, is exalted therein. The Egyptian Tarot of Thelema Atu for the 16th path of Taurus on the Tree of Life is Hathoor V.[1] The esoteric title of the 5th Tarot Key is Magus of the Eternal. 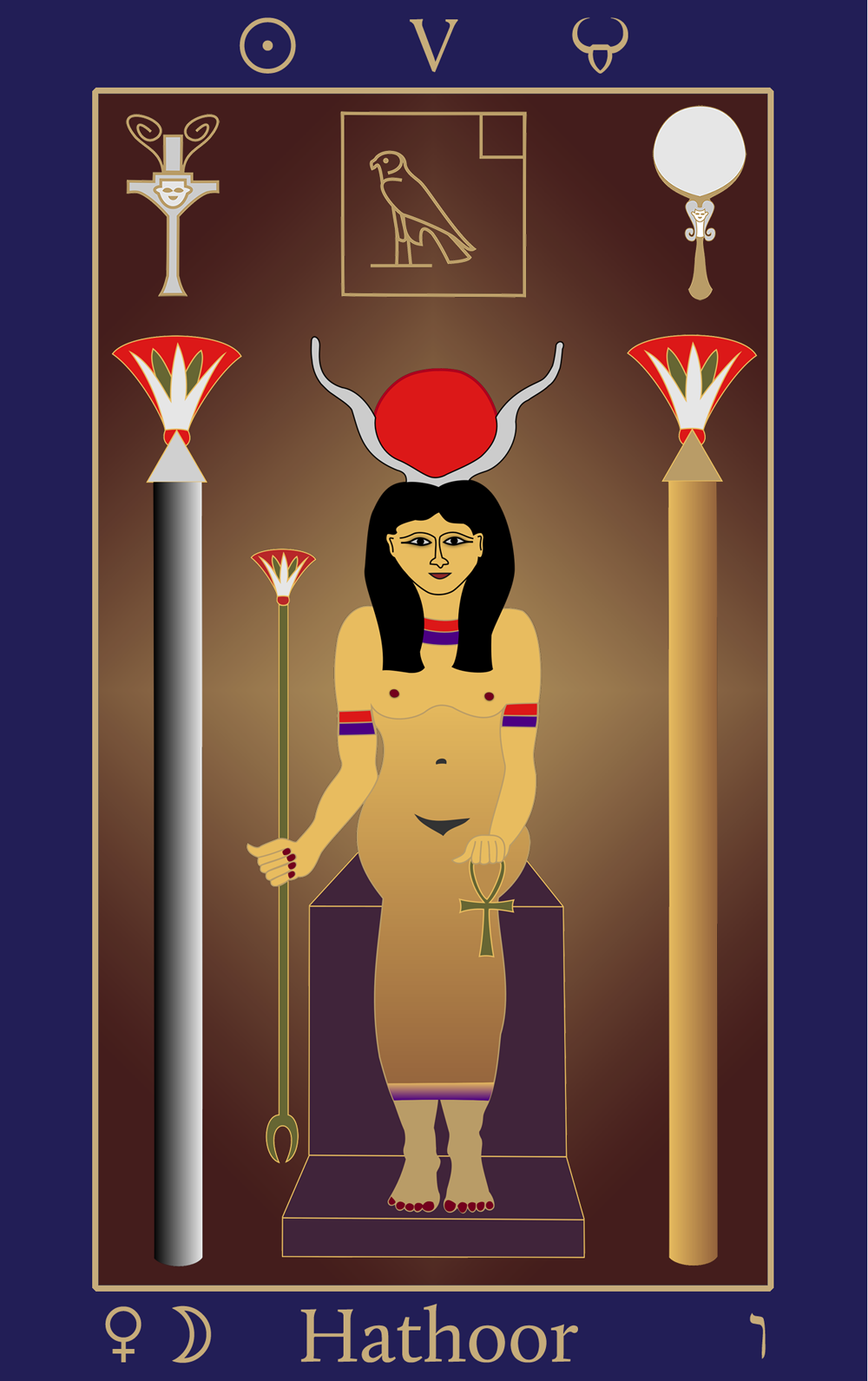 The 16th path of Vav connects Sophia or Chokmah, the sphere of the Zodiac, with Chesed the magnificent or glorious sphere of Jupiter, and is imaged forth by the 5th Tarot key. The path is called the Triumphant or Eternal Intelligence, since it is the way of return to the Garden of Eden. The Hierophant or Way-shower symbolises initiatic transmission. To hear this ‘voice’ or Word is to commence the glorious return implicit in the path’s title from the Sepher Yetzirah.[1]

The descent of the path is aptly figured in the letter vav, where the seed or essential fire is continued (along the axis or pole) throughout manifestation. The letter’s name means ‘a nail’ or ‘pin’; it is the power of fixing an image in the mind, as in meditation. The power of imagining is an attribute of Venus, the planetary ruler of Taurus and the earthly form of Nuit, depicted on the previous 15th path. The Moon is exalted in Taurus and the lunar nature of this path is that it reflects the dark radiance that pours forth from the Ain Soph into the pool of cosmic memory in Chesed, the sphere of Jupiter.

As the Way-shower, inner teacher or higher intelecctual intuition, Hathoor reminds us that if we follow the Word-vibration back to its source in the infinite, all phenomena cease to exist. Adepts are untroubled by the flow of events in space-time, since they instantly recollect that all phenomena are apparitions arising on the dreaming face of the deep.

The magical power of the 16th path is the Secret of Physical Strength. The secret bears no relation to athleticism, for it is the knowledge of that which animates all things that live and move and have their being (the Word, Hadit)—it is no less than the secret of life itself.

1. The Egyptian Tarot of Thelema trump for Taurus is Hathoor V. The card and its description may be viewed here at Ordo Astri.