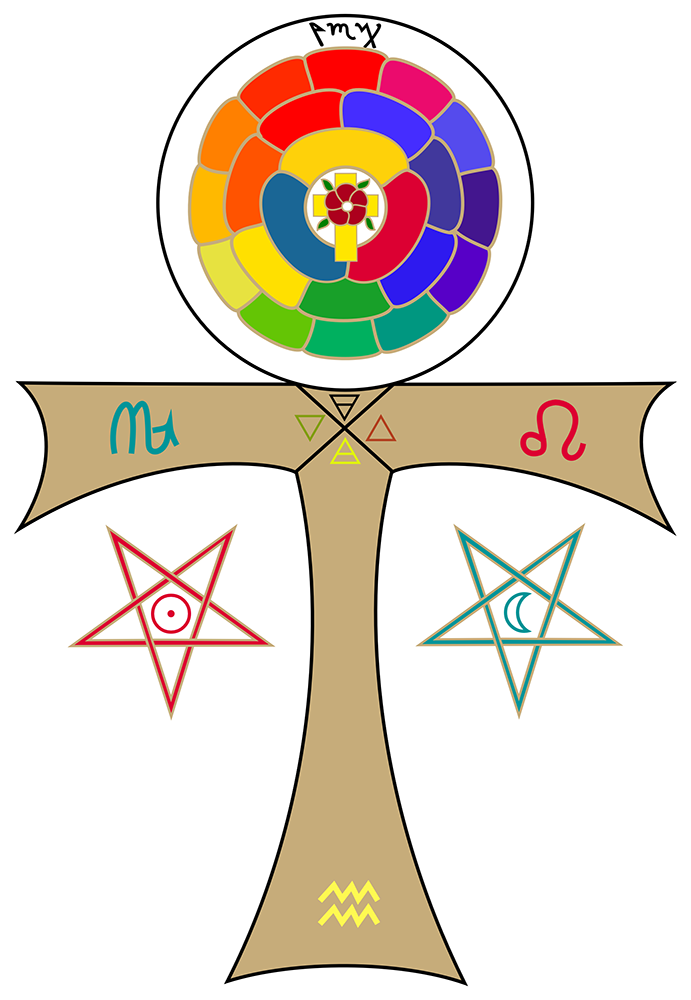 There is no such thing as self-initiation. We can try to lift ourselves by our own bootstraps but the outcome is a foregone conclusion.

Theurgy is the ‘practice of the divine’—solipsism is therefore a considerable bar to meaningful progress. There is no ‘unitarian intelligence’. Isolationism is the curse of the age.

It is impossible to convey any sense of what magick is to the mind of the person who lacks the will to perceive it. To explain and rationalise magick in the hope that ‘men of science’ and other worthies might achieve illumination is a mission doomed to failure from the outset.

Every idea the mind of man is able to conceive breaks down when subjected to analysis. The fact completely escapes those requiring proof of reality. Most persons think magick to be no more than superstition and fantasy. ‘Magick’ includes astrology and religious mythology. It includes metaphysics, philosophy, theology, theurgy, divination and prophecy. Magick embraces the life of the human soul, for the soul cannot be weighed, measured or otherwise accounted for. One can hardly overstate the fact that a considerable body of traditional knowledge collected over many thousands of years has been lost, forgotten or discarded as useless.

The revival of magick since the repeal of the Witchcraft Act in Britain (1951) owes a great deal to Aleister Crowley (1875–1947) and Violet Firth (better known as Dion Fortune, 1890–1946). Neither of these would have described themselves as witches, even if it had been lawful then to do so. If anything, they thought of themselves as practitioners of a Sacred Science. There is a dry, academic side to the occult, but to those that dare practice it, the romance and glamour surrounding the subject is indispensible to its effective operation. Both Crowley and Firth were aware of this, incorporating it in their writings. The part that romance plays is frequently misunderstood by historians and academics. ‘Factual’ accounts of the Western Magical Tradition are therefore suffused with allegations and counter-allegations of fraud and charlatanism.

It is necessary to dispose of some myths. The way of the magician or occultist is that of Knowledge, called Jnanayoga by Hindu philosophers. Belief is the enemy of knowledge; the noun implies a static state of affairs, an end of the matter. In nature, nothing is static. There is nothing that can truly be said to have an ending or a beginning. Why then should we have any need for belief?

Belief is the weakness of clinging to an illusion in the vain hope that by doing so, an illusion can be turned into reality. To seek the real, we must eschew the folly of belief. The ancient Egyptians, and other cultures predating the introduction of compulsory state monotheism (from around 500 BCE) had no word in their language for ‘religion’.

Close on the tail of belief is hypnosis and hypnotism. Making oneself the passive subject of any hypnotic experiment was regarded with such horror by the adepts of the historical (1888) Order of the Golden Dawn that all aspirants were made to swear a mighty oath never to allow this. In spite of that, it has become common lately to hear that hypnotism is an indispensible requirement for magick. Altered states of consciousness are sometimes referred to as trances, but the need to discern the difference is not a matter of semantics. The idea that magick works by implanting suggestions in your mind—or worse, the minds of others—to enable something to become true that you previously thought to be false or unlikely is patently absurd. It may obtain ‘results’ for persons obsessed with the objects of their desire but such results are entirely in the realm of illusion. It is the art of the stage conjuror.

In an age where the meaning of the word has been lost, there is some confusion over spelling. That is somewhat ironic, given the nature of magical spells and rituals. We spell magick with a ‘k’ so as to distinguish what we do from that of the stagecraft. ‘Magick’ is the noun and verb, ‘magical’ is the adjective.

© Oliver St. John 2015, 2019
This article is from the Preface to the book, Magical Theurgy—Rituals of the Tarot (Third Edition Revised 2019). The ROTA crux ansata Tarot illustration is from the cover art to the above book. Click on the image to magnify.