The Enochian Legacy: A book collector, Sir Robert Cotton (1571–1631), purchased the field where John Dee had buried his diary records, and proceeded to dig them up. The Cotton Manuscripts were subsequently edited and published by Meric Casaubon in his A True and Faithful Relation (1659).

An operation recorded by John Dee on the 23rd May 1587 is commonly thought to have been the result of skrying the 7th Aethyr of the Enochian system. There is no evidence from John Dee’s diaries that Dee and Kelly ever skryed any of the 30 Aethyrs directly; the idea originated from comparison of the Daughter of Fortitude oracle with Aleister Crowley’s skrying of the 7th Aethyr, centuries later. The spirit invoked in the skrying crystal by John Dee was Madimi, the same spirit that was contacted at the beginning of the Enochian work. The mischievous spirit had sometimes appeared naked, causing some consternation to the two men. 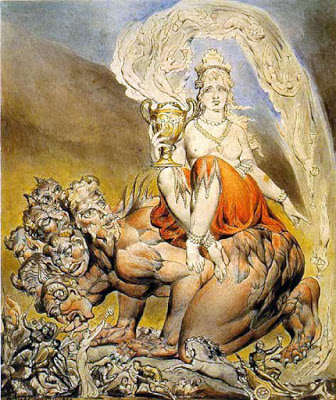 There is a popular myth that the vision so unnerved Kelly that it caused him to permanently part company with Dee and sever all relations. This story was elaborated and dramatised somewhat by Kenneth Grant in his book, The Magical Revival and has been oft repeated; the alleged criminal activities of Kelly that supposedly followed might owe more to Crowley’s past life fantasies than any historical evidence. In fact, according to Dee’s record, the reading over of the Oracle from the Daughter of Fortitude, described in the diary as the “Golden Woman”, caused the two men “great comfort”. The vision was received soon after Dee and Kelly, with some reluctance, obeyed an instruction to share their wives in common. This is all the more extraordinary on consideration that all four parties involved were devout, God-fearing Christians. On 3rd May, the four had signed a pledge, concerning what was termed as a strange and secret doctrine that “should unto no mortal man be disclosed”:

We four (whose heads appeared under one crystalline crown, and in one pillar united and enclosed) do most humbly and heartily thank thee (O Almighty God, our Creator, Redeemer and Sanctifier) for all thy mercies and benefits hitherto received in our own persons, and in them that appertain unto us; and at this present do faithfully and sincerely confess and acknowledge that thy profound wisdom in this most new and strange doctrine (among Christians) propounded, commended and enjoined unto us four only, is above our human reason, and our Catholic Christian profession to like of…

John Dee’s method of invocation appears to have been a simple prayer to be “instructed in the understanding and practice of wisdom”. The result was a beautiful and truly remarkable oracle received from Sophia or Babalon, whose mystery is that she is a harlot, loved by many, and yet remains a virgin. A Hermeticist may readily understand this to be Isis, Nuit-Babalon or the Shakti of the Eastern Tantras. As Shekinah or female holy presence her natural abode is Binah or Saturn, above the Abyss of the Hermetic Tree of Life. As the Graal or Graal cup holder, she is naturally the receiver of all and the refuser of none. The vision was, however, received by two men during the reign of Queen Elizabeth I. Kelly described Babalon in terms evocative of the Scarlet Woman (Babylon) of the book of Revelation or Apocalypse:

All her attire is like beaten gold; she hath on her forehead a cross crystalline, her neck and breast are bare unto under her dugs. She hath a girdle of beaten gold slackly buckled unto her with a pendant of gold down to the ground.

The Oracle of Babalon

I am the daughter of fortitude and ravished every hour, from my youth. For behold, I am understanding, and science dwelleth in me; and the heavens oppress me. They covet and desire me with infinite appetite; for none that are earthly have embraced me, for I am shadowed with the circle of the sun, and covered with the morning clouds. My feet are swifter than the winds, and my hands are sweeter than the morning dew. My garments are from the beginning, and my dwelling place is in my self. The lion knoweth not where I walk, neither do the beasts of the field understand me. I am deflowered, and yet a virgin; I sanctify, and am not sanctified. Happy is he that embraceth me: for in the night season I am sweet, and in the day full of pleasure. My company is a harmony of many symbols, and my lips sweeter than health itself. I am a harlot for such as ravish me, and a virgin with such as know me not: For lo, I am loved by many, and I am a lover to many; and as many as come unto me as they should do, have [my knowledge].

As yet, I walk in the clouds; as yet, I am carried by the winds, and cannot descend unto you for the multitude of your abominations, and the filthy loathsomeness of your dwelling places.

Purge your streets, o ye sons of men, and wash your houses clean; make yourselves holy, and put on [the garments of truth]. Cast out your old strumpets, and burn their clothes; [avoid the company of the profane, for they do not know me] and then will I come and dwell amongst you. I will open my garments, and stand naked before you, that your love may be more enflamed towards me. And behold, I will bring forth children unto you, and they shall be [as vessels of love and truth].

Babalon added repeated warnings not ever to disclose this knowledge to the profane. The vision describes the method of Enochian sexual magick best termed as Jnanamudra; when practiced by the adept, Jnanamudra leads automatically to Mahamudra. The Oracle bears comparison with the Sethian Gnostic text, Thunder Perfect Mind or Divine Barbelo, dated to the middle of the 2nd century CE. However, Dee and Kelly could not possibly have seen this, since the Nag Hammadi texts were buried in a cave in Egypt and not discovered until 1945 e.v. It is worth noting that John Dee began his Enochian magical operation to recover lost ancient books through the means of clairvoyance.

From the forthcoming book, Enochian Magick—Skrying the Aethyrs.
We have taken the liberty of revising some of the Oracle as it appears in the Cotton Ms. for the purpose of magical invocation: In Nomine Babalon. Any altered or moved text is placed in paranthesis.

a) The word ‘symbols’ is sometimes given as ‘cymbals’; the English language of the time had no standard spelling, the word could be either, and either word fits the context.
b) The original text gives ‘entertainment’ which we have rendered ‘knowledge’. Babalon is clearly not an entrepreneur.
c) The sentence, “As yet I walk in the clouds…” was originally the last; we have placed it here where it sits more comfortably in the overall flow of the passage.
d) The last line, originally “sons of love”, could be interpreted ‘sons of God’, since in the Enochian language, ‘love’, BLIOR, is a name of the Holy Guardian Angel. One thinks also of the Nephalim, mentioned in the book of Genesis and Apocryphal book of Enoch—the lost book that John Dee was in fact hoping to recover by clairvoyant means.

A Note on Jack Parsons and the Babalon Working: It was most probably Jack Parsons, a rocket scientist and former disciple of Aleister Crowley, that initially made the comparison between the vision of Babalon and Crowley’s skrying of the 7th Aethyr. The Babalon Working of Jack Parsons and L. Ron Hubbard, the founder of Scientology, is now widely documented. Through this, Parsons obtained his Liber 49, an Oracle from Babalon that Parsons imagined to be a fourth chapter of the Egyptian Book of the Law, Liber AL vel Legis.